Low carb diets seem to carry some sort of undeserved apprehension lately, so it was really great to see this article making the rounds on social media this week. Of course, this probably has to do with the fact that “low-carb” and Atkins have unfortunately become synonymous- like using a “Kleenex” instead of a tissue and “Chapstick” as opposed to lip balm. Let’s clear that up right here and now- Atkin’s is a type of low carb diet, but not all low carb diets are Atkin’s. My theory is that the apprehension comes about because most of us know someone who lost a ton of weight on Atkin’s- then gained it all back when they resumed eating “normally” again. The implied assumption then, is that Atkin’s (and by extension all low-carb diets) doesn’t work. This is a logical fallacy and is just plain wrong.

Let’s turn it around for a moment and make the opposite assumption. If eating “normally” is what caused a person to gain excess weight in the first place, doesn’t it make more sense that their return to “normal” eating after a low carb diet is a much better reason for why they gained that weight again?

Emerging research is corroborating this assumption. The meteoric rise in obesity rates seems to originate in the late 70s- right around the time that policy recommendations were being implemented that vilified cholesterol, saturated foods and animal products. The 80s were the heyday of the low-fat craze, with new “fat-free” Frankenfoods being developed at an unprecedented rate. Obesity has continued to skyrocket despite our adoption of these policies and low-fat foods. Yet, in Sweden, up to 23% of the population embraces a high fat, low carb diet. And while obesity rates continue to climb steadily elsewhere in the world, Sweden is actual seeing a decline in their obesity rate.

What we know about the biochemical mechanism underlying this phenomenon also reinforces low carb diets as the answer to lasting weight loss and better overall health. Insulin is a hormone that is released in the presence of carbohydrate and to a lesser extent, protein. (Notice that fat does not provoke an insulin release.) Insulin’s job is to lower blood sugar. It does this in two ways. First, by triggering uptake of digested carbohydrates (glucose) into the cells to be made into energy to fuel them. But it also acts as a storage hormone, causing any excess sugars to be cleared from the blood and stored in the fat tissue as triglycerides for later use. This where many folks run into problems losing weight. They overeat carbohydrates, keeping insulin high and promoting storage of any excess carbohydrates and even calories, as fat. A high fat, low carb diet by contrast reduces the need for insulin. In the short term, this means less excess insulin to promote fat storage. Long-term, less insulin means less stimulus for the development of insulin resistance & type 2 diabetes.

Fat does not cause clogged arteries

The reputation of low carb diets also suffers from mistakenly assuming that saturated fats and cholesterol clog arteries. While it’s true that cholesterol is the main constituent of the arterial plaques, that doesn’t meant cholesterol causes the plaque. The analogy I use is of spackle. You don’t blame the hole in the wall on the spackle just because it is there plugging the hole. The same goes for cholesterol, which did not cause the “hole” in the artery. This damage is more likely to come from elevated blood sugar, elevated insulin or even turbulent blood flow in an area due to poor mobility and a sedentary lifestyle.

We are left with the real culprit- the return to so-called “normal eating.” If people return to anything that approximates the Standard American Diet- they are likely returning to a diet full of bread, pasta, and other processed foods. I’ve worked with many patients who think they ‘eat healthy.’ When I investigate this further, they eat oatmeal for breakfast, a sandwich for lunch and often pasta for dinner. They’ve assumed that because their meals were “low-fat” they were healthy. Meanwhile, what they actually ate were carbs, carbs and more carbs. No vegetables, certainly nothing with much color, and they’ve insured that insulin level spiked several times throughout that day (with resultant plunges as well). The S.A.D. averages over 300g of carbohydrate per day. The health benefits of “low-carb” can start with carbohydrate levels as high as 100-150g/day. Atkin’s and ketogenic diets, also known as ‘very low carb’ are often under 75g of carbohydrate/day. If one’s primary carbohydrate sources are from vegetables instead of processed grain products, it can be very easy to sustain a healthy diet of 100-150g/day of carbohydrate. Some can even get by on less by including increased levels of high quality fats in their diet. By finding a healthy level of carbohydrates that works for you, you can achieve lasting weight loss while improving your health! 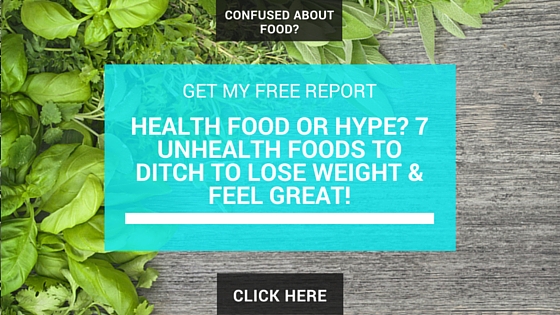 Anonymous-
I feel great after each of our sessions. All of my symptoms are gone. I feel awesome.
prevnext